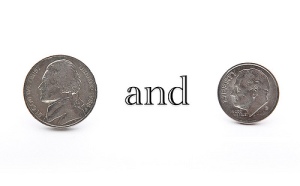 At our church, we have recently made a conscious effort to stop hounding people for money every week. We had gotten into a pretty bad cycle of hitting the people up every week for some kind of fund raiser. We were having bake sales, spaghetti dinners, asking for special contributions and taking special offerings. This was all in an effort to fund the ministry. Missions and outreach and youth ministry and building funds needed to happen. No one complained but I’m sure people were getting tired of this process.

We decided to take a more positive and Biblical approach. The solution is the Biblical concept of tithing.

Here’s the real problem. Most people were not tithing (giving 10% of their income to the church) and we were trying to make up for it. Interestingly, many of the tithers were the ones who gave over and above to our special pleas. In essence, they were giving more so others could give nothing.

I realized the problem and started backing off of asking for people to give to these special projects. The truth is, if half of the people of the average church paid true tithes, there would be no need for any kind of special offerings.

I came across some great research by sociologists Christian Smith, Michael Emerson, and Patricia Snell. Check this out:
More than one out of four American Protestants give away no money at all—”not even a token $5 per year.”
Of Evangelicals Thirty-six percent report that they give away less than two percent of their income. Only about 27 percent tithe.
Pretty pitiful, yes?

Now, think about what could happen if these Christians would tithe. To cite more from Smith, Emerson and Snell:

Those who attend church at least twice a month—earn more than $2.5 trillion dollars every year. On their own, these Christians could be admitted to the G7, the group of the world’s seven largest economies. Smith and his coauthors estimate that if these Christians gave away 10 percent of their after-tax earnings, they would add another $46 billion to ministry around the world.

If these stats are accurate, churches could feed the hungry people of the world, could provide an amazing amount of support to issue like AIDS, homelessness, widows and orphans. These issues are not the responsibility of the government. The scripture gives this calling to the church. We are required by God to take care of the needy. We are supposed to have enough resources to show God’s love and compassion to hurting people in the world. As it is, paying the light bill is a real issue for many churches.

I am going to try to do my best to make an agreement with the great people of our church. If you guys will tithe, we won’t nickel and dime you to death, trying to fund the work of the ministry. Thankfully, the number of tithers at our church is up! We are grateful! If the tithe does not continue to come to the church, well, the ministry must go on. So we would need to get ready for more raffles and auctions and begging for money. What do you say we avoid that?

You can read more of the report I cite at:
http://www.freemoneyfinance.com/2009/01/what-could-happen-if-all-christians-tithed.html

3 Replies to “tired of nickel and diming”